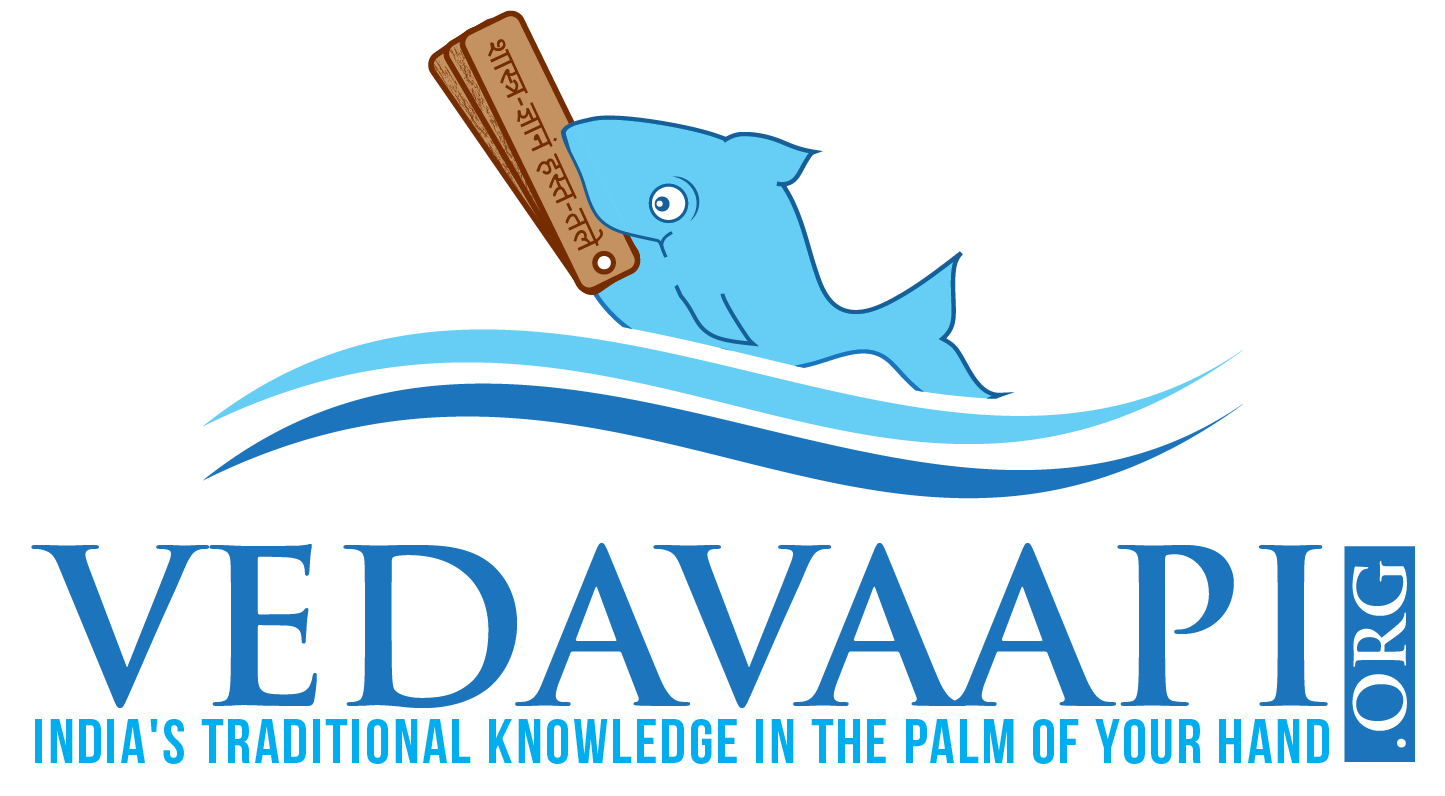 One of the primary areas of Research at Vedavaapi is to develop paradigms to model the Bharatiya Gyaan Parampara (India’s knowledge Traditions) using modern techniques and tools.

Knowledge Representation techniques from Mathematics, Logic, Symbolic Artificial Intelligence, Machine Learning and other disciplines of contemporary Sciences and Engineering need to be leveraged in innovative ways to represent and model Bharatiya Gyaan. A modern audience should in principle, be able to access this knowledge more intuitively.

This, we feel, will open up ways to creatively access and explore Bharatiya knowledge, via tools and applications. This will also make it easier for exploring technology development for contemporary use-cases which require access to authentic Bharatiya Gyaan.

The focus of research is broad and goal driven. Three focused centers comprise the Knowledge Science and Engineering Research track.

The function of a Bharatiya shaastra is similar to modern science, namely, to characterize a real-world system / phenomenon (विषयः / लक्ष्यम्) by devising a finite set of sound properties (लक्षणानि) for serving a purpose (फलम्) – namely, to explain, predict and control the system / phenomenon so as to benefit someone (अधिकारी) in a way that no other shaastra does.

Model-based Reasoning – The Method of Science

Model-based reasoning is the hallmark of contemporary science. The purpose of science is to study a real-world system / phenomenon to explain why it is the way it is, predict how it will be under in hypothetical conditions and control it to benefit someone. The subject matter of a scientific discipline is the system it studies. Examples include the human system, society, nation, politics, matter, energy, life etc. The method of science is to gather unbounded observations about a system using human senses or their extension tools and augment them with logical inference to arrive at a compact representation of the system, called its model or theory. A model describes the system in terms of a finite set of synthesized properties or categories called its taxonomy. A model makes the system amenable to logical reasoning by reducing its complexity to a manageable level. The closer a model is to the principles (or tattva) governing the system, the more accurately it can help explain, predict and control the system. The validity of a model can be established based on its coverage, namely, how many real-world observations it can represent with what accuracy.

Models can be synthesized in three ways – top-down, bottom-up and hybrid. A bottom-up model starts with the observations and looks for recurring patterns from which to categorize them into finite classes. This is the data-driven method where machine-learning and AI helps. A top-down model postulates a theory or logical structure that captures the essential nature of the system / phenomenon and tests it with live observations. A hybrid model, in addition, has the facility to refine the representation based on real-world observed data.

Vedavaapi and the MIT School of Vedic Sciences offer a training course (initiated in October 2021) on how to approach Bharatiya shaastras to extract key universal concepts from their original contextual presentation to reinterpret them for modern needs. The aim is to transform shaastrajnas (knowers) into shaastrakaaras (creators) by imparting the following new skills to spur innovative shaastra-based contributions to the world’s knowledge.

Knowledge Representation and Modeling paradigms exist in the Shaastra parampara. They need to be approached as such, and leveraged in the larger Knowledge Engineering Research efforts. The focus of this center is on exploring shaastric knowledge modeling paradigms , their applicability and their transformation to algorithmic understandings.

This helps understand the prayojana siddhi of phenomena.

Center for Models and Knowledge Engineering

Once the structures of knowledge representation are coherent and verified, they become amenable to model building using the tools of technology. Converting the representations to algorithmic models , prepare the ground, for application oriented software implementations of these models. Moving from an algorithmic understanding to first class computable models is a very important focus area given Vedavaapi’s goals. This center focuses on the Computational Modeling and Knowledge Engineering aspects of both shaastric and modern paradigms. Models from both Bharatiya parampara as well as contemporary modern models of disciplines / phenomena are in scope.

The V-shishta system , aims to build a query-able software platform, a question-answering system ( ex: like IBM’s Watson) , with a knowledge paradigm based on Shaastra gyaan. This is an iterative software development activity , and is an important way in which Vedavaaapi validates its research efforts and makes the research actionable and usable.

An important part of models and their use is the “Observer” or the “Subjects” involved , either as part of the phenomenon being modeled or as actors within larger contexts in which the model is being used, to reason with. Modeling human psychology using the vedic / bharatiya paradigm is an important focus area of research at this center.

See the presentation on Vedavaapi’s model of “Psychology” as a basis for Shastric Humanities for interesting insights.

Hybrid integrative models are being envisaged, with the the controlling drishti being the Vedic. In our assessment, these efforts are needed , so that broader and deeper engagement with experts trained in contemporary psychology disciplines is easier.